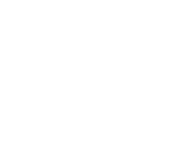 Be Part of the Light
By Rev. Dr. Johanna McCune Wagner, with Lisa Justice

*On Monday, June 1, I spoke with Pastor Johanna over the phone as she was recovering at home from surgery. Our congregation has been very much on her heart and she wanted to write a piece for the First Press addressing the current state of the world. But sitting up long enough to type it up was too taxing at this stage of recovery. So she spoke with me about her ideas, I took notes, and the text below is the result. The words and sentences may be mine, but the wisdom, experience, and hope are all hers. – Lisa Justice

Pastor Johanna wants everyone to know that she’s thinking about the congregation and praying for us all. She knows how overwhelmed we all must be with the ever-changing COVID-19 situation, and now the racial unrest with protests, rioting, and looting that is sweeping our nation and coming all too close to home.

When Pastor Johanna and Michael were living in St. Louis they experienced the community grief and upheaval over the Michael Brown shooting and the Jason Stockley verdict. In August of 2014, 18-year-old African American Michael Brown was shot and killed by a white police officer in the St. Louis suburb of Ferguson, MO. Three years earlier, white police officer Jason Stockley fatally shot 24-year-old African American Anthony Lamar Smith in St. Louis. Stockley was tried for first degree murder in the shooting, and in September of 2017 he was found not guilty.

In both of these incidents, St. Louis and its surrounding suburbs erupted in protests decrying the unequal and frequently violent treatment of black people under the law, protests which often gave way to rioting, violence, and property destruction.

Shepherding her congregation at Trinity Presbyterian in St. Louis through these events, Pastor Johanna learned that there is much that churches can do in times like these. It’s easy to feel impotent and like the problems are too big for one person, or even a congregation of people to address. But that simply isn’t the case.

First, congregations can learn about how local politics work in their area and how local centers of power contribute to systemic problems of inequality, be it racial, economic, or due to any number of factors. For example, in the greater St. Louis area, the local township structure has resulted in over 90 different court systems, all of which are struggling for adequate funding. These funding issues lend themselves to problematic practices of imposing steep fines for small infractions, causing serious economic impacts in the local community. In such a system, it’s easy for a little parking ticket to escalate into a crippling financial burden for a working class family.

Learning about how such systems work in one’s local community and how easily such issues can crop up and engulf our neighbors can increase our capacity for empathy. It can inform a congregation’s missions work, allowing us to better serve the specific needs in our immediate community.

Second, congregations can facilitate conversations and educational events for local voters. All too often most voters are very well informed about national issues and candidates, but local information, especially about candidates for positions such as judges and sheriffs, can be much harder to come by.

Congregations can invite non-partisan speakers and groups to hold community forums. For example, the local bar association is a great resource for learning about local judges. Members of the local bar association try cases before these judges all the time. They can speak to a candidate’s professionalism, experience, any preferential leanings, and give voters a much more detailed picture of a candidate.

And our congregation is no stranger to such efforts. Just last fall we hosted an event with the Diablo Valley League of Women Voters breaking down different candidates’ stances on proposed health care legislation.

An important point to bear in mind when facing such issues is their vast complexity. There are lots of different people and groups involved, each with their own motivations and goals. While many may want to draw attention to pressing issues, there will be others out to delegitimize their voices and their work. These protests are by nature complicated phenomena and cannot be reduced to just one point of view.

But the point for us to take away today is one of hope. While these issues are playing out in cities all across the country, the solutions can be born right here at the local level. There are excellent non-profits hard at work in Concord right now, helping marginalized communities navigate the legal system, advocating for their rights and protections, providing guidance and material support to the powerless.

Many of us are familiar with Humanity Way, providing services for the homeless, unemployed, and those facing economic hardship. Our congregation also partners locally with the Faith Alliance for a Moral Economy (FAME), the faith-based arm of EBASE (East Bay Alliance for a Sustainable Economy), protecting the rights of workers, immigrants, tenants, and the incarcerated.

We need not give into the fear that riots and looting can produce. We can view these protests as a collective outpouring of grief at the ways the systems of our society create pain and oppress our neighbors. We can hear them as a call to action.

And we are capable as a congregation of answering that call. We can educate ourselves and others. We can partner in the work of reforming broken systems with reputable non-profits. We can focus our outreach efforts to address these specific wounds in targeted and practical ways. And we can help bring God’s holy justice to the corner of His kingdom entrusted to our care. We can be part of His light in the world.